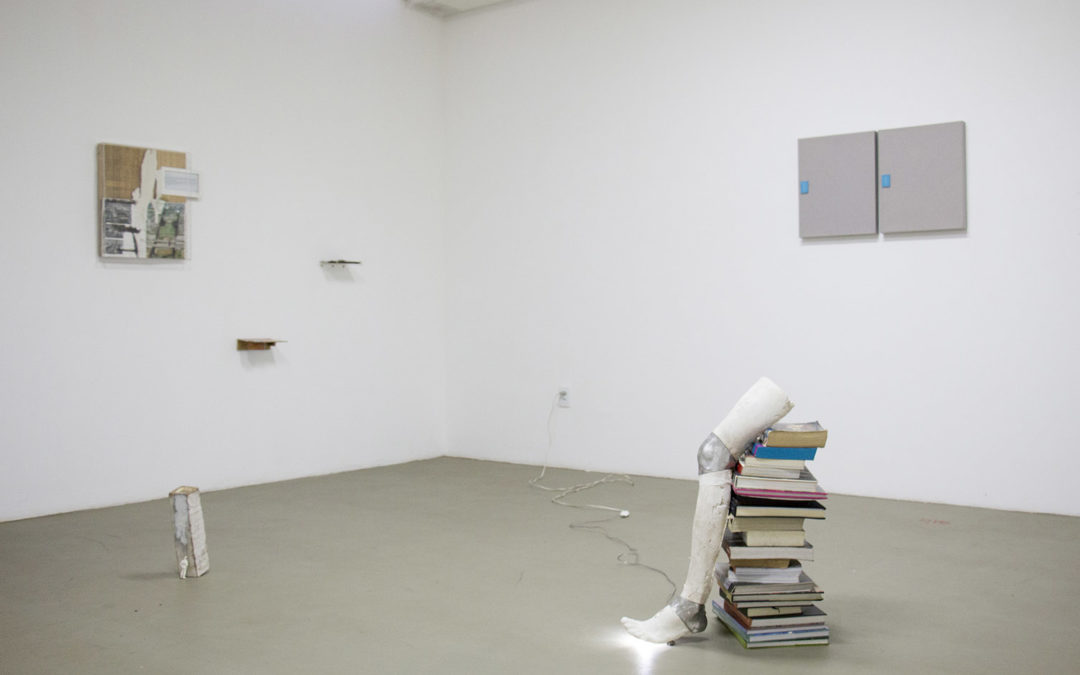 Karla Osorio Gallery presents the solo show of the artist Oziel Primo Araújo (BR), bachelor in visual arts at the UNB and public-school teacher. He participated of many solo and group shows, developing an experimental work, joining music, video and visual arts.
It is his first solo show at the gallery.

The show is composed of artworks that were either conceived or produced in the last decade, including objects, installation, video and preformistic sculpture. Some were produced at the opening, with a performance from the artist himself, others were constituted of the public intervention.

As the curator Malú Serafim highlights, “in this set of works, the artist explores the linguistic hybridism that wanders between performance, video, image and sculpture. Included in the encyclical context of contemporary art itself, the show demonstrates a rearrangement of the support-body.

Having moved away from the idea of support, the artwork fluctuates between many languages – permeating every agent that negotiates them and being in constant transformation within an indeterminate space-time.

While the object absorbs all of its macro-narratives and is concretizes in this flow, this exchange conditions the extension of completeness of the work.

Facing all the immersion of the act, the object, just like the activating subjects are inevitably mechanism, registry and work. Thus, a game is set, an uninterrupted transformation that starts from the relational.

The present experience is conditioned within a phenomenological notion, preaching that the body allows the consciousness and is taken by the consciousness of the object. In this way, everything is realized in the perception, as the artist refers when he invokes the notion of melancholy: the rapture of the encounter with the image, when seeing becomes a visceral confabulation.”

About the artist
Oziel Primo Araújo (BR) – Born in Açailândia/MA, he lives and works in Brasilia, where he is a teacher in public schools and has a bachelor in Visual arts at the Universidade de Brasília. He has already worked as a producer in the projects “mostra de vídeo-arte ULTIMAQUARTA – Teatro Nacional, Sala Alberto Nepomuceno (2004 a 2007)”, “quase-imagem – TV Nacional: Radiobrás, Brasília (2007) and “A TOA: recreio experimental (evento coletivo), eixo monumental norte”. As a visual artist he has already presented his artwork in many solo and group shows. Between them we may highlight. Solo: “Projeto Prima Obra – Galeria Funarte – Brasília,DF (1998)”; “estrutural:mod.ouça no volume máximo – Casa da América Latina – DEX/UnB (2007)”; “I am Just Luking – Alfinete Galeria (2012)”. Group shows: “Onda Anda a Onda – Museu Nacional, Brasília-DF (2017)” and “Situações brasília – Mostra Caixa Arte Contemporânea Brasília 2005 – Mirações Conjunto Cultural da Caixa (2005)”;