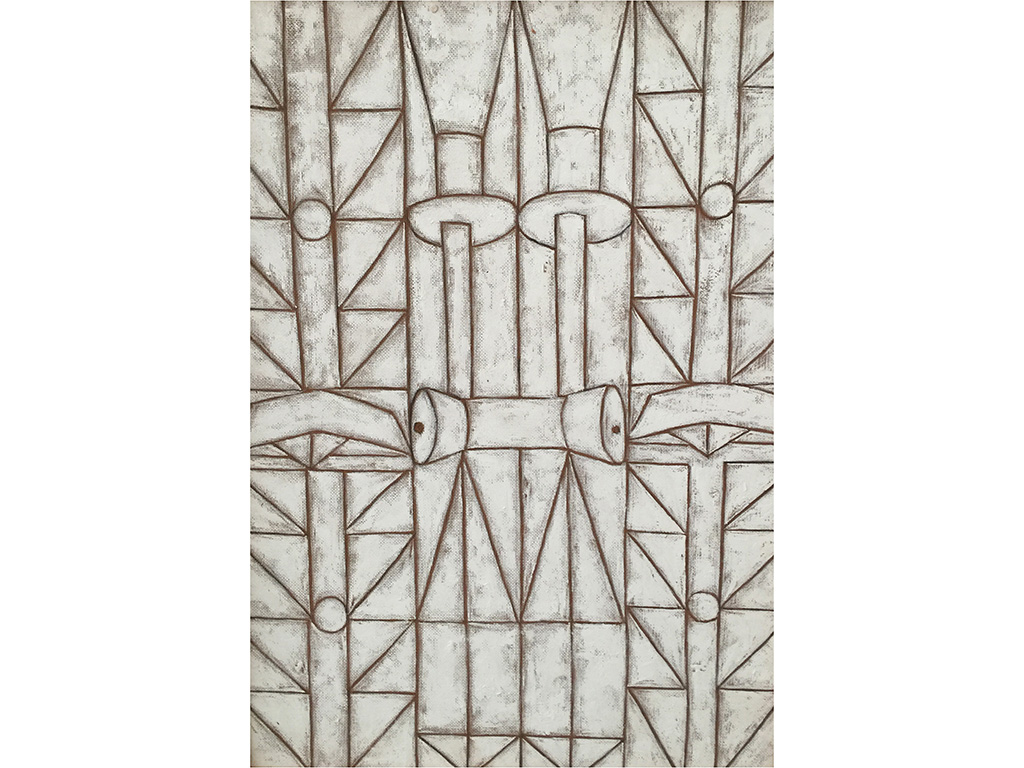 Galeno is a leading Brazilian artist born in Delta do Parnaíba, Piauí (1957) and living between Brasília and Parnaíba. He studied visual arts at the University of Brasília (UNB) and in some artists studios. Working across painting, drawings, engraving, fresco, sculpture and installation, he is one of the most active Brazilian artists, although — by his own choice — he resides a bit apart from it all in his home state in the north of the country. Mainly influenced by Brazilian Constructivism and Neo-Concrete movements, geometry is a very important element in Galeno’s works. It is possible to say that he creates his “own pure and colourful geometry”. In a very particular way, his works constantly fluctuates between figurative and abstract elements in an interpretive exercise. Through his amazing and quite unique treatment of colour and sophisticate compositions, he establishes a rhythm, constructs a vibrant universe. Contemporary, but strongly attached to his personal history, which he turns into universal through its poetic symbology. He incorporates unexpected and innovative elements, retracing in an erudite way his artistic path. Among his main subjects are trivial objects as: reels, lamps, keyholes, chameleons, fragments of a modern architecture, river boats, saints and reliquaries, which all together become part of a new vocabulary. Art and life are merged, telling a story, sharing a past, generating a new future in art. Galeno has participated in numerous group and solo exhibitions in Brazil and abroad, mainly in Europe. There a number of texts and publications on his work. He has won several awards such as Acquisition Prize, including for residences abroad. In 2012 he was chosen by the IPHAN/MinC as the author of the Our Lady of Fatima church’s great panel, in Brasilia, succeeding the great Italian-Brazilian painter Alfredo Volpi. He participated at Bienal do Mercosul 2015. His works are in several private and public collections in Brazil and abroad, including Museu de Arte do Rio (director Paulo Herkenhoff), Museu de Arte Moderna in Rio de Janeiro, among others.